Drawing on the author’s deep understanding of military history and weaponry, and of the strengths and frailties of politicians and generals, this is Len Deighton’s classic myth-puncturing analysis of the opening years of the Second World War.Reissued by William Collins, ‘Blood, Tears and Folly’ offers sweeping analysis of six theatres of war: the Battle of the Atlantic, Hitler’s conquest of western Europe, the war in the Mediterranean, the battle for the skies, Operation Barbarossa and the German assault on Russia, and the entry of Japan into what was from that point a truly global war.This is the period during which the Allied powers were brought to the brink of utter defeat, and Deighton offers an unflinching account of the political machinations, the strategy and tactics, the weapons and the men on both sides who created a world of terror and millions dead, of the Holocaust, and of nuclear devastation.As Deighton writes: ‘the time has come to sweep away the myths and reveal the no less inspiring gleam of that complex and frightening time in which evil was in the ascendant, goodness diffident, and the British – impetuous, foolish and brave beyond measure – the world’s only hope.’ 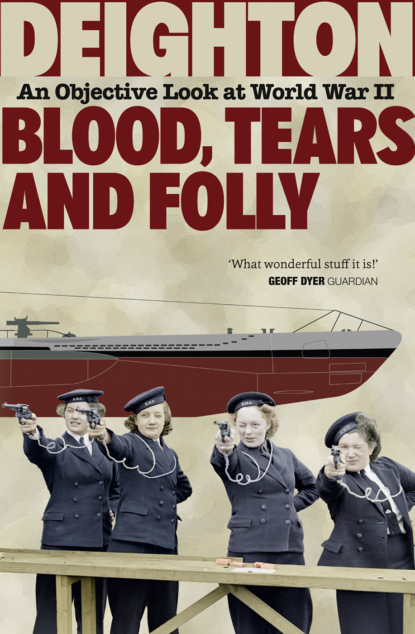