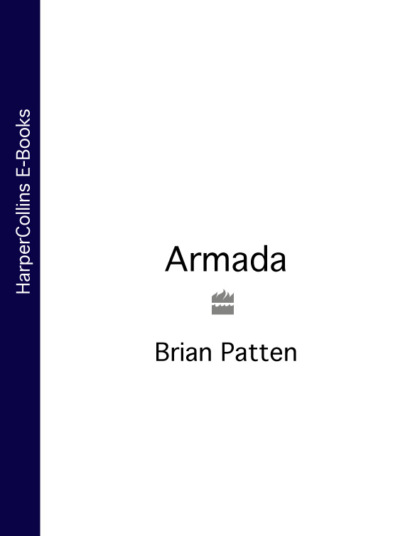 
For my mother, Irene Stella Bevan

You never went to a ball, ever.

In all your years sweeping kitchens

This rough white cloth, fresh from the hospital laundry,

Is the only theatre-gown you’ve ever worn.

No make-up. Hair matted with sweat.

The drip beside your bed discontinued.

Life was never a fairy-tale.

when everything I was told was believable

and the little I knew was less limited than now, I stretched belly down on the grass beside a pond and to the far bank launched a child’s armada.

A broken fortress of twigs,

the paper-tissue sails of galleons, the waterlogged branches of submarines – all came to ruin and were on flame in that dusk-red pond. And you, mother, stood behind me, impatient to be going, old at twenty-three, alone, thin overcoat flapping.

How closely the past shadows us.

In a hospital a mile or so from that pond I kneel beside your bed and, closing my eyes, reach out across forty years to touch once more that pond’s cool surface, and it is your cool skin I’m touching; for as on a pond a child’s paper boat was blown out of reach by the smallest gust of wind, so too have you been blown out of reach by the smallest whisper of death, and a childhood memory is sharpened, and the heart bums as that armada burnt, long, long ago.

Half a lifetime had passed.

I’d sleepwalked so long. While I dozed

Houses outside which gas-lamps had spluttered

Were pulled down and replaced,

And my background was wiped from the face of the earth.

There was so much I ought to have recorded.

So many lives that have vanished –

Were worn thin by hope. They were

Now they have become the air I breathe,

Not to have marked their passing seems such a betrayal.

Other things caught my attention:

A caterpillar climbing a tree in a playground,

A butterfly resting on a doorknob.

And my grandmother’s hands!

Though I saw those poor, sleeping hands

I did not see the grief they were grasping.

The seed of my long alienation from those I loved

Was wrapped in daydreams.

Something I’ve never been able to pinpoint

Led me away from the blood I ought to have recorded.

I search my history for reasons, for omens. But what use now

Zodiacs, or fabulous and complicated charts

Offered up by fly-brained astrologers?

What use now supplications?

In the clouds’ entrails I constantly failed

To read the true nature of my betrayal.

What those who shaped me could not articulate

Still howls for recognition as a century closes,

And their homes are pulled down and replaced,

And their backgrounds are wiped from the face of the earth.

From my vantage point on the top stair

of a house that no longer exists,

I sat like a cabin boy who listens in secret

to the crew of a great, creaking ship,

and eavesdropped on the adults below me.

A dial searched through the static

A fug of voices. Light. Comfort.

and sent me, a little spy, sleepwards.

I do not know what happened while I slept,

Nor how long I slept. I cannot say.

But waking, I peered down into darkness.

No voices. Silence. In a blink it seemed

Whatever secrets I had hoped to uncover

were never uncovered, and now

are covered by gravestones or burnt to ashes.

I cannot blame that child his lack of attention.

He would have understood their secrets

no more than I can understand why, once again,

I attempt to eavesdrop on them,

and move down, stair by stair, towards them.

With arthritic hands and red-varnished nails

She drags herself up the wooden stairs,

The frightening heartbeat of the house

Is made by her iron callipers.

The bomb-crushed legs, the bolted bones,

The hands that scrape like talons on the stairs,

The damned-up pain, the hate, the grief;

The soul crushed by iron callipers.

Beneath grey government-issue blankets I

As she drags herself up the wooden stairs.

She rejects all help, all love as I

In later years will learn to do.

Five years old. I cower from her authority.

The sound echoes through my history,

This Street has grown stale.

The house in which the old Jamaican lived

has given up the will to dance.

The young lawyer and his lovely wife

have dug up his garden. Gone now

the remnants of his failed experiments –

the exotic blooms that never quite happened,

the plants that, like him, never wholly took root.

One by one the souls of these houses and their tenants

have been undone by the fingers of bankers.

Among the debris where the religious lady wept

now only a sprinkler weeps. Those refugees from

the way things are supposed to be – the mysterious Pole,

the Italian students, the immaculate prostitute –

all gone from number seven.

Behind the window of number forty

nothing moves any more. How suddenly

that house lost its tongue! Within a year of each other

the old maids who lived there

donated their observations to the grave.

are ferried back and forth, and are eaten up by doors.

Neighbours slip from memory, all their battles

and secret torments melting so effortlessly away.

This street has suddenly grown staid.

On the wall of the alcoholic playwright’s house

a blue plaque has sealed its fate. Alarm bells ring

too late to be of use. The street’s soul, stolen long ago.

A child sitting on a doorstep looks up from his book.

In the room behind him a woman is writing a letter.

On the waste land across the street from him

a gasometer casts its shadow over a solitary lilac.

he has been grazing over words,

stopping at the unfamiliar, the wondrous.

Over and over, as if it were a spell, he repeats the word cargo.

Out on an ocean phosphite clings to rusting propellers,

The shadow from the gasometer creeps beyond the lilac,

over the bindweed, the sweet-scented camomiles, the stray thistles.

And now the child has abandoned his book.

He has become the captain of a great ship and its cargo of treasure.

Sailors who’ve lost their sight report to him

on how the stars have vanished.

In the house behind him a woman is packing belongings.

Another book, an encyclopedia of regrets, is banished to its own space.

The shadow from the gasometer creeps on; a slow, irrevocable flood.

It leaves behind the lilac, the bindweed, the sweet-scented camomiles.